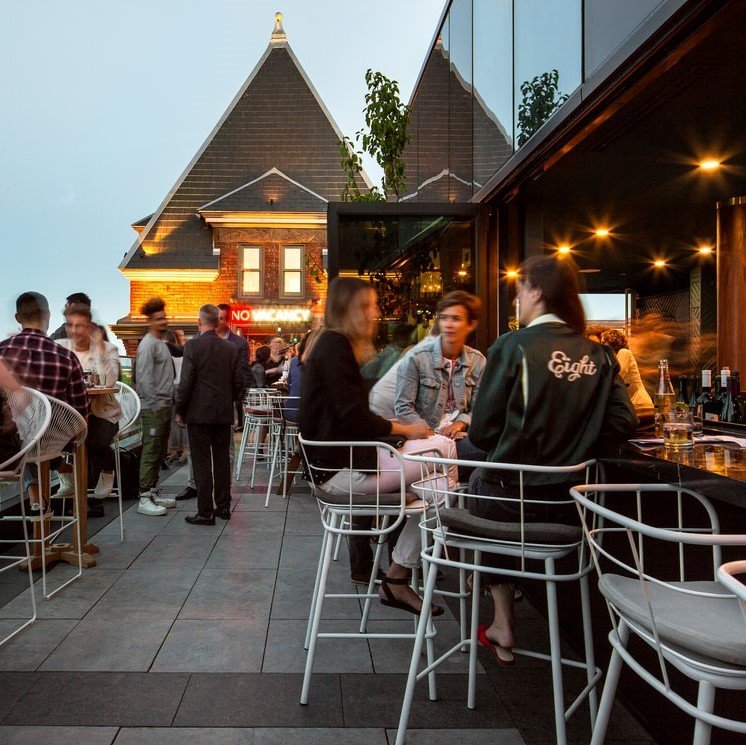 The Broadview Hotel is a well-known boutique hotel in Downtown Toronto. This building was built in 1893 and was originally used for retail & office space, followed by years of being an “adult entertainment” spot.  Later in 2014, it was converted into a hotel and has been a Toronto landmark ever since.  The Rooftop is a must see, with a patio that has been noted to have one of the most spectacular views of the city.  With 58 boutique guest rooms and 3 restaurants, The Broadview has been designed to provide an impressive experience, often frequented by Torontonians as a staycation destination.

The aesthetic of the hotel blends classic elements with unexpected eclectic accents, creating a modern approach to luxury.  From chairs to sofas, Quality and Company manufactured the furniture for the guest rooms and lobby of this hotel. Q&C partnered with the Design Agency to create the lounge chairs and barstools for the lobby, as well as the vanity chairs, lounge chairs, sofa beds, and bed benches for the many guest rooms. Worst mentioning that all partners including Q&C were Toronto locals (Design by Design Agency, Procurement by P360) The Broadview hotel is definitely a special place to stay when in Toronto!

A Forward-Thinking Vision for Luxury Furniture in the Digital Age